Return of the Dinosaurs 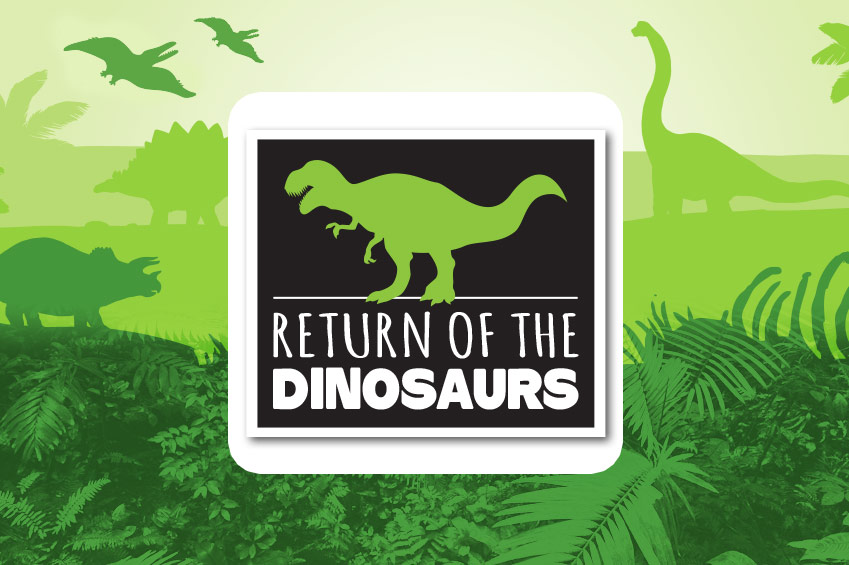 Ever since the first dinosaur fossils was discovered, these magnificent and mysterious creatures have captured our imaginations, and we could only wonder how they moved and what they might sound like . . . that is until they were brought to life through technology.

Enter the Dinosaurs introduces guests to the infamous roar of the fearsome Tyrannosaurus Rex, and the deep vocal calls of a hollow-crested, duck-billed Parasaurolophus. Nearby the leisurely Stegosaurus will be in search of vegetation while the Ankylosaurus family will be found munching on low-growing plants as the Triceratops and two of its young forage in the forests of North America. Overhead the coastal Pteranodon will be gliding across the scene observing the visitors below.

After flourishing for 160 million years, by far the longest period of dominance by any group of animals, the dinosaurs vanished with baffling suddenness. Though dozens of explanations have been proposed, no single theory answers the question, “what happened to the dinosaurs?”

While the question goes unanswered, this exhibit gives us an opportunity to talk about the earth’s next mass extinction predicted by scientists that could happen yet in our lifetime. Unlike other mass extinctions, including that of the dinosaurs, this mass extinction is being caused by human activity whose impact could change the world as we know it.