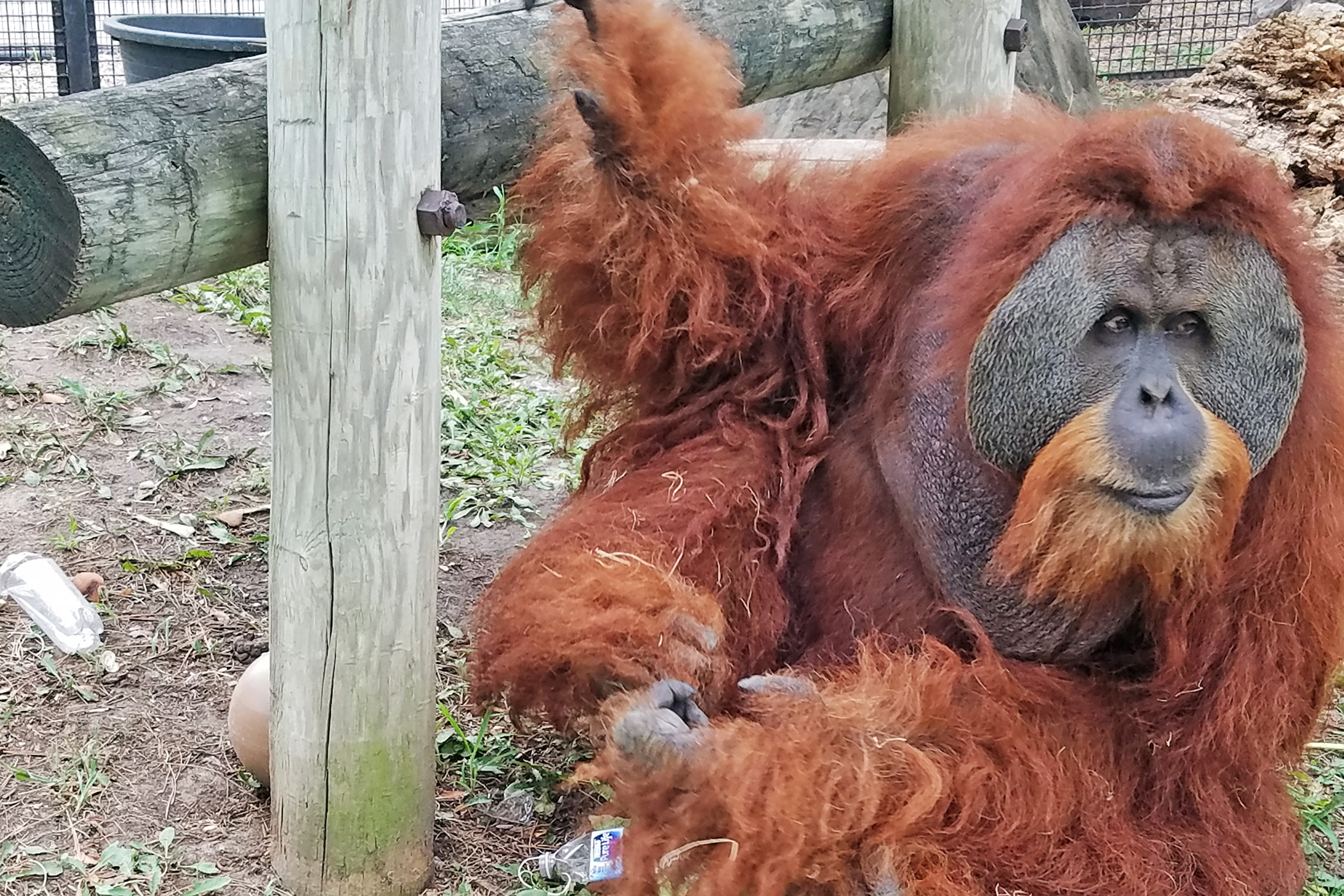 Range and Habitat:  Sumatran orangutans are found in the rainforests of Sumatra.

‍Diet:  The orangutan diet consists mostly of fruit, but they will also feed on leaves, shoots, insects,bark, eggs, and small vertebrates.

‍Status in the Wild:  Critically Endangered

Threats to Survival:  Orangutans are critically endangered because of the loss of forests due to fires, conversion to palm oil plantations and other agriculture. Despite legal protection, they are still hunted illegally.