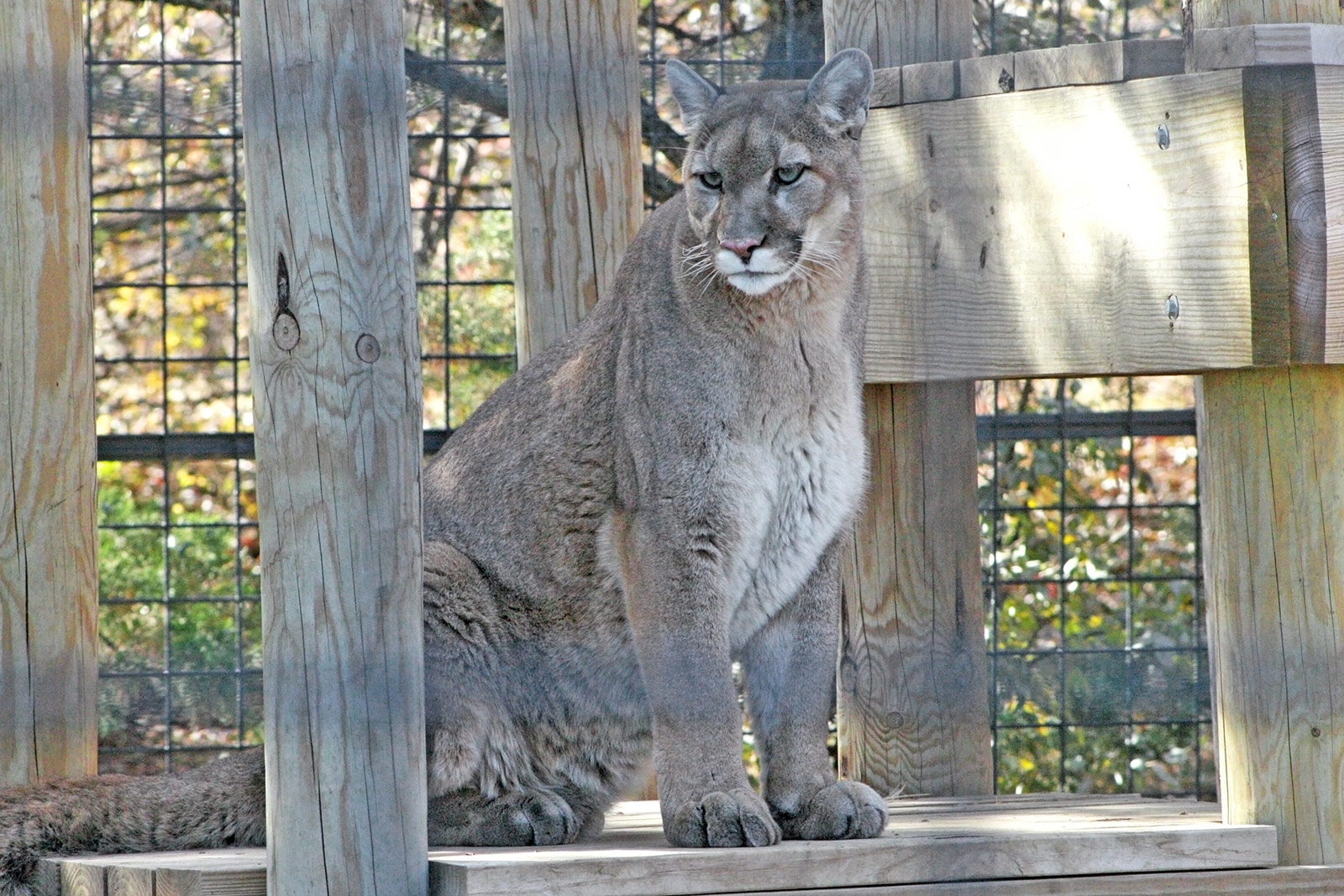 Range and Habitat:  Cougars are found in a wide variety of habitats across North America, Mexico, Central and South America.

‍Status in the Wild:  Least Concern

Threats to Survival:  Cougars are threatened by habitat loss and fragmentation, and poaching of their wild prey.