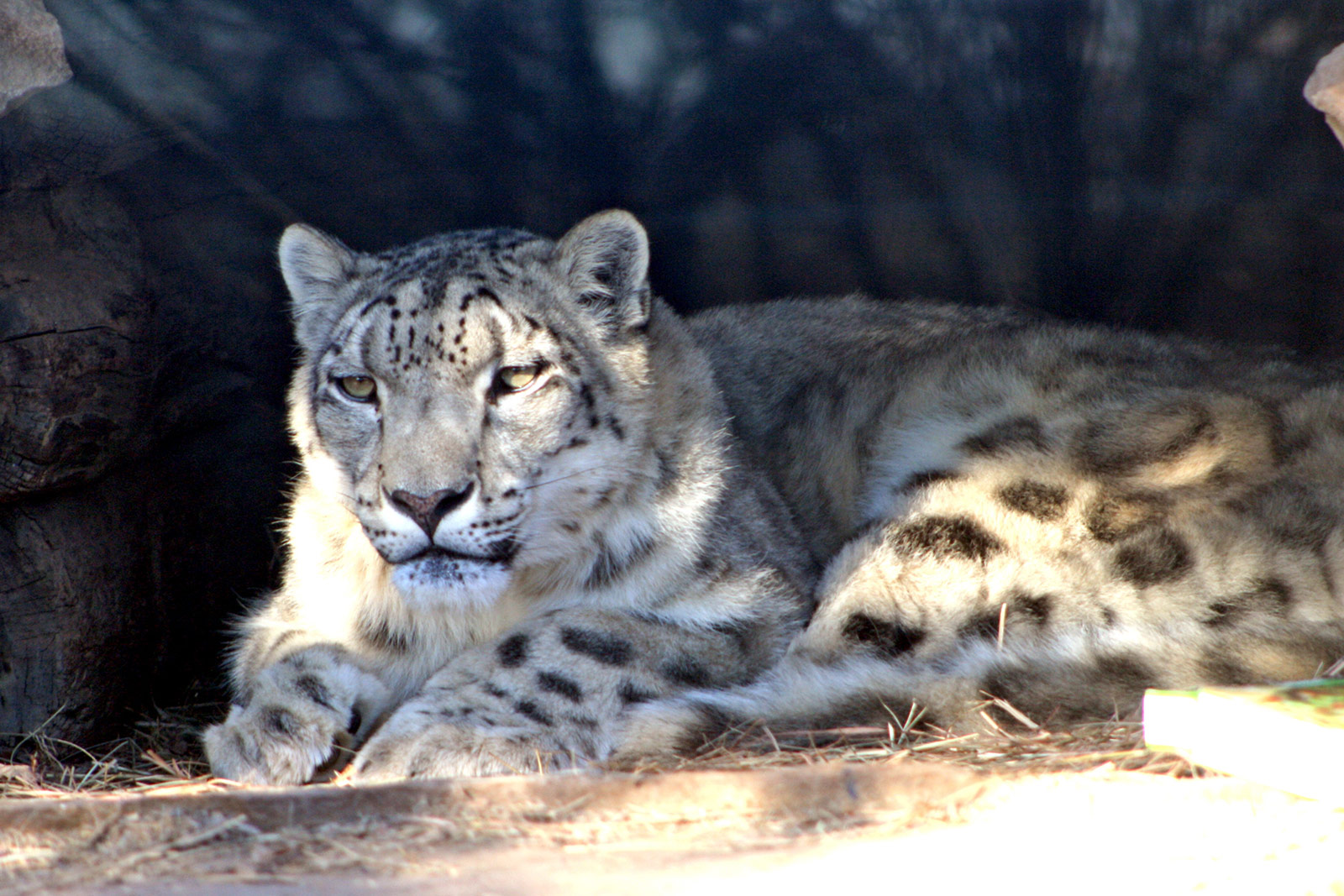 Range and Habitat:  Found in the rugged mountains of Central Asia, China

‍Status in the Wild:  Vulnerable

Threats to Survival:  The primary threat to snow leopards is illegal poaching.  Other factors include illegal or unsustainable hunting of wild goats and sheep, natural prey for the snow leopard, and habitat loss.